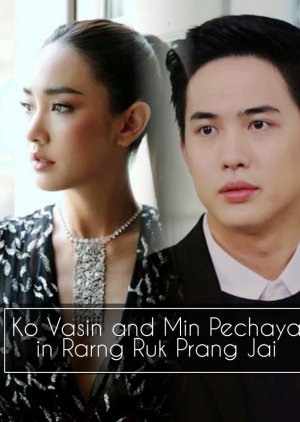 Rarng Ruk Prang Jai (2021) is a twin romance with a new couple, played by Min Peechaya (Sapai Import (2020)) and Ko Vasin (Khing Kor Rar Khar Kor Rang (2019)). Not a big fan of twin lakorns, but this has a murder mystery involved as well so that tripped my interest in in.

Synopsis: Tiwtawat, Karawat’s brother was murdered in a shooting. Getusa mysteriously disappears and reappears with no memories of herself or her twin sister, Getapa, who is now missing. Suddenly becoming a suspect in the case, Getusa teams up with Karawat to investigate what really happened.