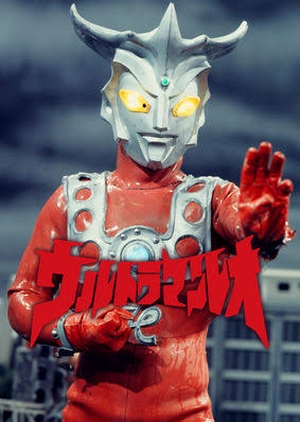 Gun fights are quite common in most lakorns, especially in action lakorns of course, but even in non-action lakorns, there are often gun battles between the bad guys and the heroes or cops. The ramifications of all those guns didn’t really penetrate my subconscious until February 8-9, 2020, where the deadliest mass shooting in Thailand’s history occurred. RIP.

That’s when I started wondering about Thailand’s gun culture. I started with basic questions. The only real knowledge I have of guns in Thailand is from lakorns, so I’m starting real basic here. First, I set out to read more about gun policy in Asia itself and decided to share what I learned here.

Please note: I’ll try to keep it as light, but this is a serious subject, a matter of life and death. Skip this if you need to and feel it’s too triggering for you.

Civilians are legally permitted to acquire and possess handguns and low-power rifles like shotguns and .22 rifles and ammunition. But the process of obtaining licensing is strict and only processed through the interior ministry.

A firearm license in Thailand is only granted for the following uses: self-defense, property protection, hunting, or sporting.[231][232] Applicants for a firearms license must be at least 20 years of age (the age of majority under the Civil and Commercial Code), have a record of good behavior, have an occupation and receive income, and have a permanent address in Thailand with a name “listed in the house registration specifically in the area where you are applying for a license, for at least six months”. A license may not be issued to anyone who is a repeat criminal offender or mentally unstable.

What about the rest of Asia?

Gun ownership in the People’s Republic of China (PRC) is regulated by law. Generally, private citizens are not allowed to possess guns. Civilian ownership of guns is largely restricted to authorized, non-individual entities, including sporting organizations, authorized hunting reserves, and wildlife protection, management and research organizations.

Sidenote: This lead me to getting very distracted and wondering if I would find any drama posters from China that showcased guns like Thailand’s posters do. I found a few, but the majority of China’s action genre seems to consist of a whole lot of wuxia, historical dramas with swords as the main weapon.

The weapons law of Japan begins by stating “No one shall possess a firearm or firearms or a sword or swords”, and very few exceptions are allowed.[208] Citizens are permitted to possess firearms for hunting and sport shooting, but only after submitting to a lengthy licensing procedure.[209] As part of the procedure, a shooting-range test must be passed with a “mark of at least 95%”.[210] A mental-health evaluation taking place at a hospital, and a thorough background check

Another side note: This, of course, lead me to explore Japan’s action posters Featuring Guns. I thought I had found one…

So I continued my search. And found this.

So then I remembered, oh yeah, Japan has a lot of manga, and Tokusatsu doramas featuring superheroes and special effects, like the Kamen Riders’ series.

South Korea has strict gun policies. Hunting and sporting licenses are issued, but any firearm used in these circumstances must be stored at a local police station.

Side note: What about South Korea? Well, I’d already looked at their action posters in more depth here, so I knew I wouldn’t find many with guns. There are some, but action dramas aren’t a big thing in South Korea.

Do you see the difference? I don’t want to just compare and contrast Thailand and other countries, but already it looks like Thailand’s attitude towards guns is much more aligned with the USA then other Asian countries. In the USA, gun ownership is considered a right and are sold with less restraints than in Thailand often. Why is Thailand more aligned to the West than other Asian countries in this regard? Is gun violence in Thailand really as frequent as it is in lakorns? These and more questions play across my mind, but I think this post is already too long, so those questions will have to wait for another day.